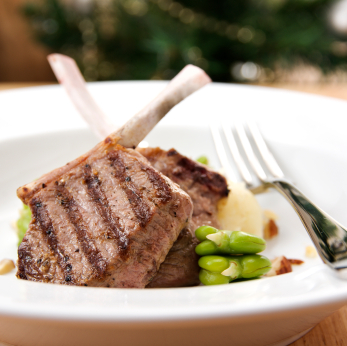 The most common nutritional deficiency in the United States is iron as well as the leading cause of Anemia. Iron is an essential part of nutrition and overall health and should be monitored closely. If you are currently are or have been pregnant you know exactly how important iron is for you and your growing baby.

Iron is a mineral found throughout the body and in all cell types. Iron is essential for forming hemoglobin, which helps carry oxygen through the blood stream. It also aids muscles in storing and using oxygen. Iron also makes up parts of several enzymes in our body, some of which aid in digestion. A lack of iron in your body affects several important parts of your body.

Iron deficiency can be caused by several things. Some of the most common causes are an increased need for iron in the body such as being pregnant or nursing, decreased intake of iron such as a strictly vegetarian diet, or decreased absorption of iron such as increased use of antacids for stomach problems.

When there is a small iron deficiency in the body you most likely won’t even recognize you lack iron. When the body approaches anemia is when the symptoms become more noticeable. The most common symptom of iron deficiency is feeling tired and weak. In addition you may see a loss of concentration in school or work performance, difficulty maintaining body temperature, and decreased immune functions. Visit http://cdc.gov for recommended iron amounts based on age.

Some groups that are at higher risk for iron deficiency include:
Pregnant woman due to rapid growth and higher iron needs
Young children
Adolescent girls and women with heavy menstrual periods due to the loss of blood
Premature or low birth-weight babies
So how do you prevent iron deficiency? The easiest way is to eat iron rich food and take a daily multivitamin. If you are pregnant you may need an iron supplement on top of your prenatal vitamin. Babies are known for sucking vitamins and nutrients out of you, so supplementing your iron will help curb some of that fatigue you may be feeling.

Some of the best iron rich foods are as follows:
Organ meat (liver, giblets)
Lentils
Spinach
Beef
Chickpeas
Lamb
Turkey
Tuna
Chicken
Pork
Shrimp
Crab
Again the best sources of iron are in iron-rich foods especially red meat (iron is stored in muscles) as opposed to the plant-based forms of iron. If you follow a vegan or vegetarian diet it is important to talk to your doctor or nutritionist to insure you are getting the appropriate amount of iron in your diet. Same goes for pregnant women.

Trust me; just a few added iron rich foods will make a huge difference in your energy levels!